Egyptian Sekhem is a healing modality and it can be passed to you through initiation processes so that you too can learn to be a healer. Alternatively you can receive a therapy session which brings powerful change physically, emotionally or spiritually -see healing section.   Egyptian Sekhem Mastership includes the opportunity to be initiated into the Egyptian Cartouche -see below.

As Amravati has studied with the founder of Sekhem- Patrick Ziegler -his approach to the energies and systems has been integrated with her work.
Patrick's experiences in the Great pyramid were the foundation and trigger for all these Egyptian systems which were defined and structured later by other Masters to create their own systems.

"Sekhem is a very powerful transformational force in energy healing. It is believed to be the healing energy taught and practiced by the Priesthood in the temples of ancient Egypt. There are references to Sekhem in scrolls and hieroglyphs indicating that 'Sekhem' denoted 'Power' or 'Might' when used in spiritual terms." Simon Treselyan

Sekhem has a close connection to the Egyptian lion - headed Goddess Sekhmet -the Goddess of a thousand names. She destroys all that is no longer of value and brings healing to the world.

Many people not connected with Egypt and her archetypes experience the energies in different ways. Other powerful archetypes, saints and angels carry the same energy and manifest to the initiates. The energy comes through in the way most appropriate for each student or person receiving healing.

Sekhem means the "Power of Powers" and it is connected with our own empowerment for both healing and spiritual development. Once initiated all our healing work improves exponentially.

Egyptian Sekhem is more powerful than Reiki and it works on different energy bodies simultaneously. This results in the avoidance of a prolonged healing crisis and is a great aid in spiritual development.

Egyptian Sekhememploys 3D symbols which are linked to the science of the pyramids.

Reiki uses symbols two-dimensionally so Seichim/Reiki Masters will benefit both from the increase in power and dimensionality when using their Seichim/Reiki symbols. At Advanced level and beyond it is the original Egyptian Sekhem energy and how it manifests symbolically. This energy is fundamentally Unconditional Love in its pure form. The symbols include access to inter-dimensional portals.

Some of the benefits of Egyptian Sekhem are:

Egyptian Sekhem Masters are encouraged to be initiated into the Egyptian Cartouche. This is a very powerful initiation not suitable for beginners in which the initiate embodies the frequencies of each of the archetypal energies in turn. The initiation into the archetypes brings about a state of heightened awareness and a deep understanding of those energies. Psychics who are initiated receive clearer information and powers of mediumship are enhanced. 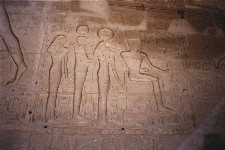 The foundation of the system is the attunement to the male and female aspects of the Ultimate Divinity as expressed through both Egyptian and Kaballastic symbolism. This foundation is included as part of the Seichem Reiki Mastership- see below.

Subsequently there is an initiation into 25 different archetypal energies. These energies are represented by 25 different symbols. These symbols represent certain Universal Archetypes. Those universal concepts remain the same regardless of whether the shape of the symbol is a Rune, Egyptian Hieroglyph or Astrological Sign. The 9 major symbols correspond to the early Egyptian Pantheon known as the Ennead of Heliopolis.

These represent those energies which are the purest archetypal aspects possible. Universal or cosmic energy is totally impersonal being neither good nor evil. It is coloured by the intention of the user. Cosmic Laws and the energies they cover do not belong to anyone creed, religion or philosophy.

"Cartouche" is the oval within which the hieroglyphs are drawn. Usually the cartouche contains the name of a sovereign or person of high rank. Many of the symbols within the Egyptian Cartouche are familiar to us such as the pyramid, the caduceus, the lotus etc.

These ancient symbols capture the essence of the forces or energies that govern the universe. "Archetype" means first type or pattern. An archetype represents principles that can be personified.

Each symbol is accurately tuned to its own respective energy field, ray or vibration and to employ its use is to invoke the forces it represents.

This system is incorporating the work of Kathleen Milner, Simon Treselyan and Murry Hope.

Seichim is a system of Reiki Healing which incorporates the traditional Usui Reiki System symbols with slight variations but with a very different form of initiation.  It includes many extra symbols, methods of awakening and healing and focuses more on the Heart and upper Chakras.  As such it is a very spiritual form and it vibrates with the principal of Unconditional Love.  Some of the symbols are connected to ancient Egypt and Seichim is the foundation system for Egyptian Sekhem Mystery School.  The symbols assist with the opening of the 3rd Eye and Crown and strengthening the spiritual connection.

The Chinese Goddess of Kwan Yin - the Goddess of Compassion
Seichim is a high level system with only 2 levels of initiation and it is ideal for those Reiki Masters who would like to progress with greater scope of symbols, a deeper understanding of forgiveness and unconditional love and an acceleration of their spiritual journey. 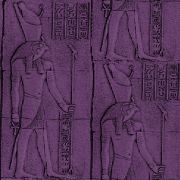 This system was created by Kathleen Milner after coming across Patrick Ziegler's Sekhem work and it includes full Reiki Initiation.  Some of the symbols are also contained in the Karuna System - see Reiki Energy Mastery section.  It is a stand-alone system but it can be given in addition to Usui Mastership.  It is pronounced 'say keem' and it originated in ancient Egypt.

Seichem has the flavour pf am ancient mystery school in addition to the healing power of Reiki.

This system includes some powerful additional initiations:
Initiation into the Order of Melchizedek, an ancient espteric organisation.  The knowledge and energy have been passed down from the Egyptians via the Jews and Essenes.  Members have a healing ministry. 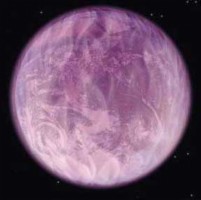 Violet Flame of St. Germain that cleanses your aura and transmutes negative energies into light.

Christ Light Sequence resonating with Christ consciousness and the Madonna

The Yod Initiation
The Yod Initiation at Master Level which connects the Initiate to higher thought patterns and assists in Divination.  This is the foundation of the Egyptian Cartouche above.